Home | Press
SUGAR SAMMY : Breaking all over!
from Evenko - 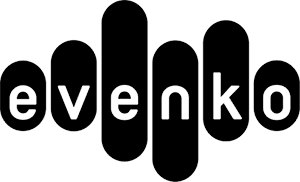 Barriers and records being broken by Sugar Sammy and 25,000 more tickets on sale !

TICKETS ON SALE ON SATURDAY, MAY 3rd AT 9am
Tickets on sale at every Admission outlets
By phone: 1 855 790-1245
Order online: www.evenko.ca or www.admission.com
Ticket prices: starting at $34.64  (taxes and service fees included)

In total, 25,000 new tickets will go on sale to the public this week. On June 14, Sugar Sammy will present his 100th sold out show in Montreal at the Olympia Theatre. That’s the equivalent of 15 Bell Centre Amphitheatre shows or 43 Salle Wilfrid-Pelletiers. Who’d have thunk it at the beginning of this two-year ‘experiment’?

It’s safe to say that Quebecers can’t get enough of Sugar Sammy’s commentary on life in la belle province. Politics aside (but not too far to the side), he’s the one guy who’s been bringing anglos, francos, whites, blacks, purples, greens, Muslims and Christians together, to laugh at each other and at themselves.

This love from the fans has not gone unnoticed in any of his domains:
Quebec’s Olivier comedy awards have recognized this for a second consecutive year and once again Sugar Sammy has been nominated for the fan award “Olivier de l’année”, which he won last year. The awards take place on Sunday, May 11 and he’s still the first non-francophone comedian to be nominated for the award. Fans can vote for him online the night of the broadcast.

The prestigious Billboard magazine will feature him in their May 10 edition highlighting him as the top-grossing Canadian tour! The magazine hits the stands on May 3.

And, on TV, his fans have distinguished Ces gars-là, on the V télé network, as one of the only French TV shows with an English-language fan base. The show is doing great numbers for V, averaging between 680,000 per episode including web views and will come back with new episodes in 2015.

The following shows go on sale this Saturday:

About evenko:
evenko is a Quebec company which has become the most important independent promoter and producer in Canada.  Presenting more than 1,000 musical, family and sporting events annually throughout the province of Quebec, Atlantic Canada and the eastern United States, evenko plays host to the biggest entertainers in the world and invests in the development and promotion of Quebec artists.  Creator and producer of two major festivals, the Osheaga Music and Arts festival and Heavy MTL which are held at Parc Jean-Drapeau in Montreal, evenko is also the exclusive manager of the Bell Centre, the Virgin Mobile Corona Theatre and the future Place Bell in Laval.  In January 2014, Pollstar, the industry’s most respected source, ranked evenko top promoter in Canada and 10th amongst the most important promoters in North America. The evenko trademark is the property of L'Aréna des Canadiens Inc.